The G.O.N.E.R.S. Team investigated the Nathan Hale Homestead on November 7, 2014. We had the following information on this site prior to the investigation.

During the American Revolution, Nathan Hale graduated from Yale and was a teacher for two years. He volunteered to be a spy for the Continental Army on September 8, 1776. He was captured by the British and hanged on September 22. His famous last words were supposedly "I only regret that I have but one life to lose for my country." Although, some believe they weren't his exact last words but part of a longer speech. His body was not returned by the British, or ever found. He was 21 yrs old when he was hanged. 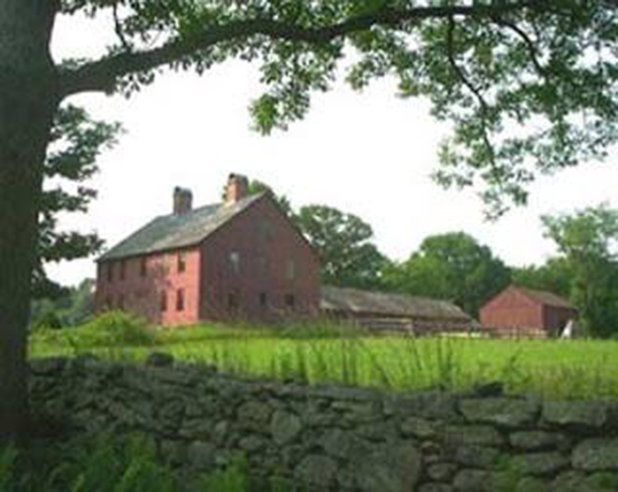 The house named after him is not the original house Hale grew up in. His father, Reverend Deacon Richard Hale, a prosperous livestock farmer, razed their home to build a bigger structure the same year he received word Nathan had been executed by the British. Six of his eight sons served in the Continental Army. Three died from wounds while fighting in the war, leaving Richard to care for their widows and children. The family needed a larger living space to accommodate the expansion of their family. After fell out of the Hale family's hands in the 1820s, the house exchanged owners on many occasions, remaining a private residence. Nathan Hale's sacrifice was long forgotten until a lawyer named George Dudley Seymour became fascinated with his story. He helped get a statue of Hale erected at Yale University. Purchased the Hale family residence in 1914 and restored it to it's original beauty. He also purchased the property across the street which belonged to Hale's grandmother and converted it in to a museum. Seymour furthered his effort to recognize Hale by convincing the federal government to print a Nathan Hale postage stamp designed by artist Bela Lyon Pratt in 1925. The house was deeded to Connecticut Landmarks in 1940. 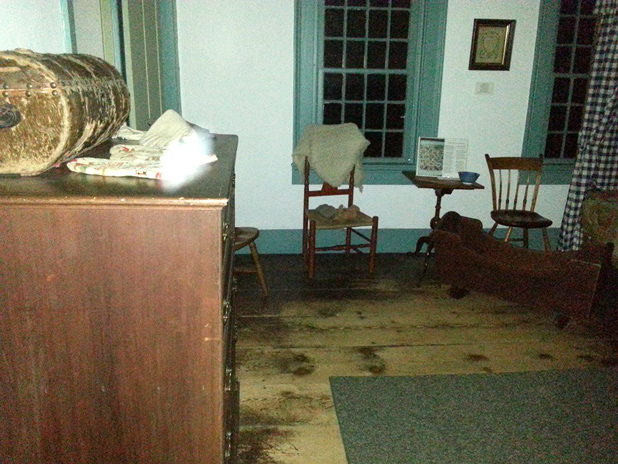 While setting up, investigators noted this light anomaly

Several ghosts are believed to haunt the Nathan Hale Homestead. Many have seen the spirit of Nathan's father, Richard since the early 1900s (around the time when the house was restored). The family's servant girl Lydia Carpenter is also sometime seen, spying from the hallways. Another spirit seen and heard is Nathan's brother Joseph. He was imprisoned in the basement on a British prison ship. Witnesses have heard the clinking of chains associated with him. 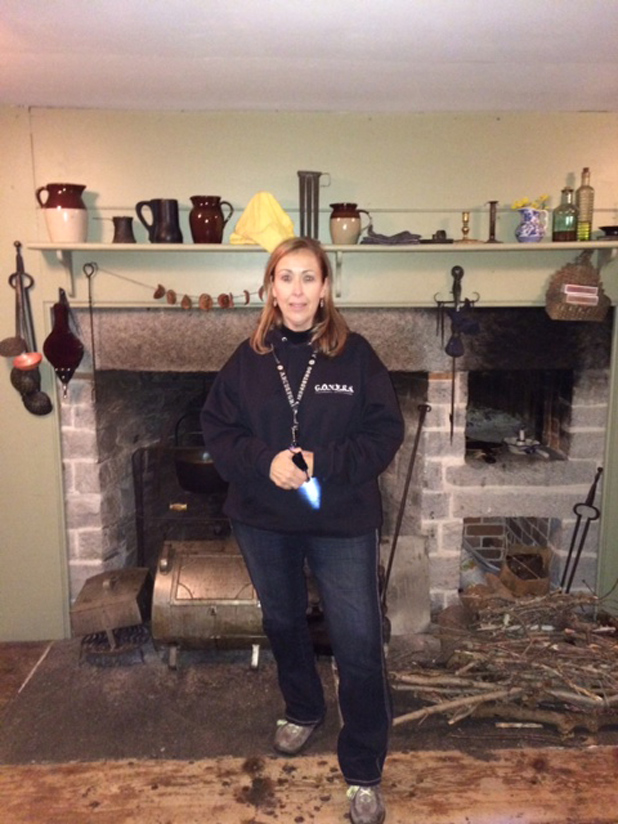