The House on the Corner

When the Merrill family moved into their new home at 633 Main St., Portland, CT., they were, in a sense, trying to escaping from the paranormal activity they had experienced at their previous home, just up the street. Their new residence was a beautiful example of Colonial America, built in the mid-1700's; it had undergone several renovations until it was converted into a side by side duplex, ending up with two, large, airy, apartments with three bedrooms and two bathrooms each. The right side apartment was perfect for the Merrill's and their two teen-aged children. 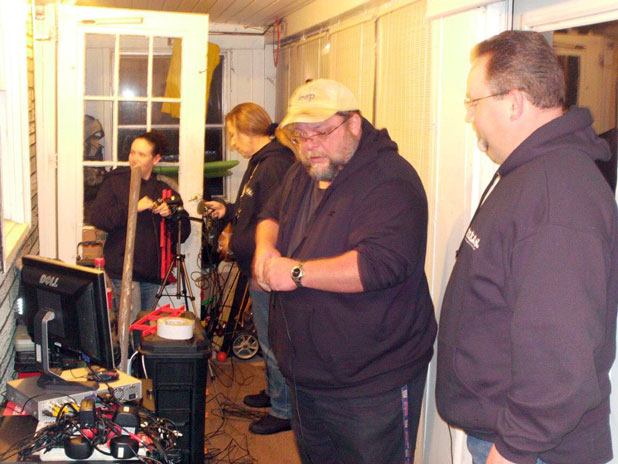 Geographically, the house sits on the corner of Main St., (Connecticut Route 17) and Sumner Street and is diagonally across from Indian Hill Road, a National Historic Preservation area and former home of the Wangunk Indian Tribe, which occupied the area, including that of the Merrill's home, until 1748. The tribe and settlers lived in peaceful coexistence for many years, even though the tribe had been relegated to living on a small 300 acre parcel of their once unlimited land. In 1748, the leaders of the Congregational Church of Hartford determined the faithful in the town of Portland needed a new meeting house. Three, "earnest and pleasant gentlemen"1 traveled from Hartford and placed a stake to mark the location of the new meeting house in the center of the Wangunk land. This caused some consternation among the Wangunks, as one can well imagine. Trouble was avoided when a deal was worked out between the remaining members of the tribe (most had died of smallpox a few years before) and the town. The tribe was paid for their land and most of the Indians moved north to join their Mohegan brethren. A few lingered in Portland for years, the last, known as Molasses Mary, died in 1840. 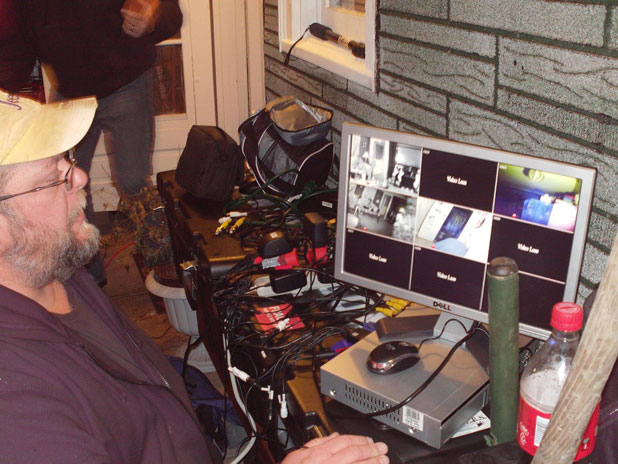 Portland became a boom town of sorts, thanks to the Brownstone quarries in the town which lined the Connecticut River. Much of the Brownstone was shipped to Manhattan for buildings there.

Home construction flourished in Portland and there are dozens of historical reports of workers finding Indian skeletons while the cellar holes were being dug. This is especially true around the Merrill's house and in the Indian Hill area. One gentleman found a skeleton while digging a foundation for his chimney and left it lying on the ground next to his home for years, the bones bleaching in the sun.

In the late 1800's, children playing in the Indian Hill area could easily find handfuls of Indian beads and arrowheads after only searching for a short time. There were so many arrowheads; historians have determined there must have been a large inter-tribal battle at some point, possibly between the Wangunks and the Pequots. 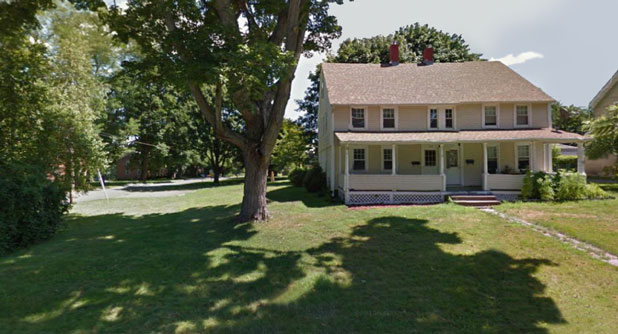 We seldom know what triggers paranormal activity or why it is that one family can live in a home and experience nothing and the next family that moves in is overwhelmed by it. Some suspect that certain people are just open to it, sympathetic to the spirits of the dead who are always there, waiting for the right people to connect with and make their presence known. Others believe that certain people have spirits attached to them, for one reason or another, and they are followed wherever they go and wherever they live.

For whatever reason, the Merrills soon found themselves in a maelstrom of paranormal activity.

Shortly after moving in

Standing at the kitchen sink one evening, while the rest of the family was upstairs, Rich felt someone standing behind him and he turned quickly and saw a dark mass the size and shape of a person, fly off into the living room. He decided to keep this to himself. One of the reasons the family had moved to the new apartment was to escape just such things that had been occurring at their prior apartment, a converted office of an old town doctor who had passed away years before.

Rich hoped this apartment was not going to be a replay of the fear, anxiety and tension that had permeated their lives for the past few years.

He didn't need to keep his secret for long, because in just a few days, his wife Danielle (Dannie) was lying in bed reading when she happened to look down the hall which connected the upstairs bedrooms. A dark, shadowy figure slowly drifted past her bedroom door and appeared to make a turn into her daughter's bedroom. Dannie jumped up and ran to her daughter, only to find her sound asleep. 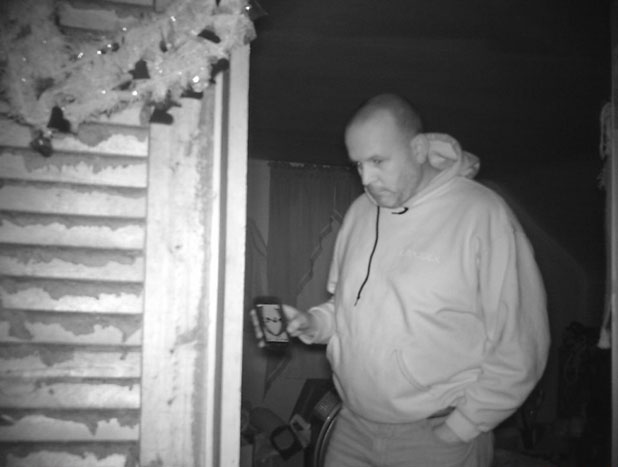 Dannie witnessed the shadow figure several more times in the months to come. At times it appeared to go straight into the bathroom. On the other side of the bathroom wall, is one of the bedrooms of the other apartment in the duplex. It is currently being used as a nursery for the couple's baby. The woman of the couple related to me that the baby has been disturbed a number of times by something in the room. They finally had to move the baby into their bedroom. During our investigation, G.O.N.E.R.S. Investigator Mike Ahern and I captured a class A, EVP, when I said, "We are in the baby's room….." and the response was a loud and clear, "What?" Shortly after, we distinctly heard footsteps coming up the stairs, only to find no one was there. I asked that whatever was present to leave the baby alone and not disturb him anymore.

At the same time in the other apartment, Karen, Melanie, Kellie and Dannie, were conducting an EVP session in Dannie and Rich's bedroom. All present heard a strange tapping sound coming from the area of the dresser, as if something was playing with a perfume bottle.

At various times, the Merrill family has witnessed the following activity:

At the reveal both families took the news very well that we were able to verify their claims of paranormal activity. I stressed that although no one had been harmed, it was potentially very troubling that the spirit(s) was interacting with the children and I planned to return with Karen Hollis.

When Karen and I returned, we went with intention of trying to find out why the spirit of apparently, a man, was haunting this house and most importantly, why he was disturbing the baby.

Karen went into a light trance state almost immediately and began to channel the spirit of a man. Her voice changed, it became lower and more male. It was no longer Karen speaking.

I asked who had taken over her body.

Her lips moved silently for a few moments, as if trying to form a sound after many, many years of not speaking.

"Jacobs" the spirit replied. This was making sense. The Jacobs family had been one of the original owners of the house in the mid 1700's.

Karen suddenly shuttered and I could see she was regaining her composure. After she relaxed for a moment, she told me about her experience.

"He's very afraid of judgment, he did something very, very bad … terrible."

Karen began to talk about the visions that had passed before her eyes. "Jacobs and some other men apparently wanted the land owned by the Wangunk tribe. It was his idea to give them some blankets. Blankets he knew would kill them - that doesn't make any sense, I know, but he knew the blankets would wipe out the tribe, make them sick and die."

"Actually, that does make sense" I answered. "There are several recorded instances where blankets that had been used by Smallpox victims were given to Indian tribes to kill them off. I remember reading that most of the Wangunks died of a Smallpox epidemic in the 1734. One local historian wrote, "Indian spirits cry, cry in the woods all night."2 Jacobs and his buddies carried out an early form of biological warfare against the Wangunks. No wonder he's afraid of judgment. Was there anything else?"

Karen continued, "I don't think he will leave but I did ask him telepathically to stop frightening the families here. Especially the baby – the baby's room used to be his bedroom, that's why he goes in there. I also asked him not to appear to the four year old boy. I think he understood".

"So do you think there won't be any more paranormal events?" I asked

"Let's say that he understands that people are living in his house. People who are alive and he should not be bothering them," Karen replied.