1959: Max Corvo, a prominent local, businessman, buys a house at Main St., Cromwell, CT., for his growing family. During renovations a new septic system is dug in the backyard and the workers discover 20 hidden graves. The granite and brownstone headstones had been buried horizontally on top of the graves to hide the fact that a cemetery was there. The septic system is finished and the graves and headstones are covered over.

From 1959 until 2009, the family lived quietly in the house. Occasionally a door would open by itself or the sound of footsteps would be heard but the family put it down to living in an old creaky house.

Then, as they say, "All hell broke loose."

2009: Mark Corvo, son of Max Corvo grew up in the house, he lived there almost all his life and married and raised his own family there. We don't know what changed the atmosphere of the house but in 2009, paranormal activity began to occur on a grand scale: objects would move, doors open and close, footsteps could be heard almost constantly in the house. Shadow figures and full body apparitions would appear and disappear. 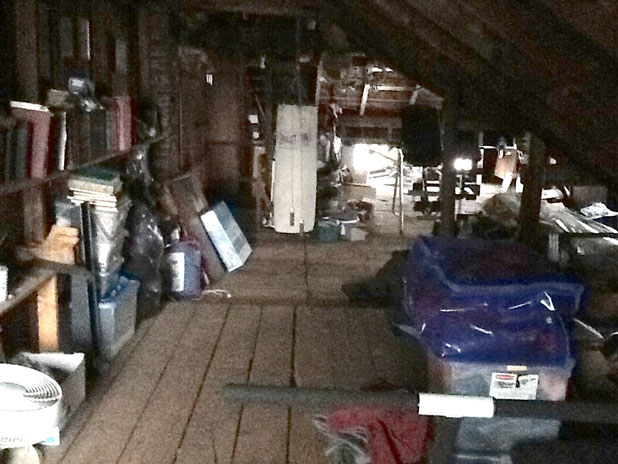 Mark tried his hand at EVP sessions, utilizing the 'voice notes' recorder feature on his cell phone. Because many of the voices sounded threatening, he called Ghosts of New England Research Society and asked me, Kurt Knapp, to come to his house.

Before the first interview, initial investigation of the address revealed that the house had been built circa 1741 by a sea captain who was active in the West Indies slave trade. The house remained the property of two prominent and related families until 1841, when it was sold to an outside party. I speculate that was when attempts were made to hide the graves in the backyard.

During our first and subsequent interviews, Mark played dozens of EVP recordings he had captured during the preceding three years. I was able to identify 4 to 6 different voices, both female and male. Some were clearly attached, almost affectionate to Mark. Others were angry and threatening. One in particular had threatened to kill Mark by, "I'm going to hide in your liver and give you cancer." Mark was later diagnosed with colon cancer, treated and is now recovering. A year or so prior, Mark was repairing the roof when, he claims, someone or something, moved the ladder he was standing on and he fell, breaking a vertebrae in his back. Upon returning home from a long hospital stay, Mark played a recording he had made the day of the accident but had not had a chance to listen to. On it, a voice says, "Let us help him to death."

In December of last year, Mark and his wife awoke to the sound of jewelry rattling, when they looked around, the apparition of a woman was standing at Mrs. Corvo's jewelry box. As they watched, the apparition turned and walked through a wall.

Also, during the first interview, I had set an HD Camcorder to film us as we talked, during the interview; it somehow was turned off about 30 seconds from the beginning. The battery was fully charged and it is a camera I am very knowledgeable about. It had never done this before or after. 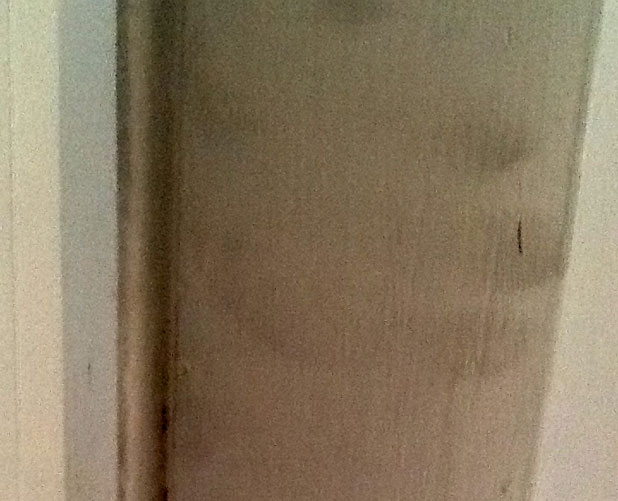 There is an apartment attached to the main house, occupied by a couple who do not have children. In fact, there are no children living in the house at this time. Mark showed me hand prints, clearly made by a child, in the kitchen of the apartment. It appeared that a child had been playing in something black and powdery, and then touched the white door casement. There is an old coal bin in the basement which still contains coal dust.

At the end of our second interview, Mark captured two EVPs mentioning my name, one was: "It's Kurt, he'll find out everything" and "Kurt, death comes early". Also, when Mark left a message on my answering machine, a voice can be heard under Marks saying, "Kurt…Kurt."

Coincidentally, or maybe not, the most haunted location I have ever investigated is directly across the street from Mark's house. We have speculated, and I stress it is only speculation, that the spirits in both houses are somehow connected. 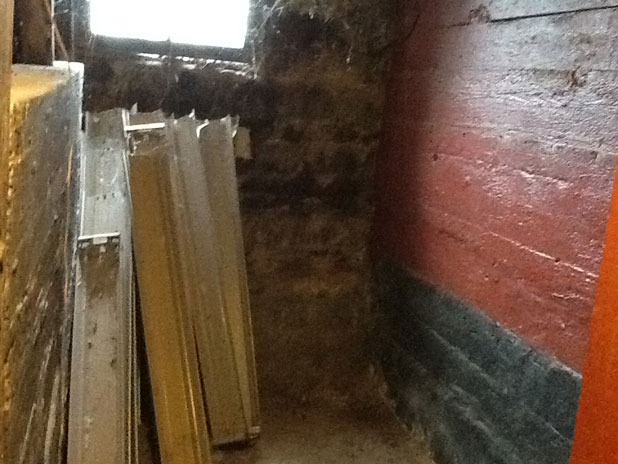 The investigation took place on January 11 and 12, 2013, with the entire G.O.N.E.R.S. Crew, due to the large venue. The house is 3 floors, 4 counting the cellar. We managed to capture some rather startling EVPs. One in particular in the basement near the coal bin, when the question was asked, "Is there a little child here who played in the coal bin and left handprints upstairs"; the recorded response is the sound of a little girl laughing gleefully.

Footsteps were recorded throughout the house all night, even though the teams were absolutely stationary during the recordings.

While investigator Pat Murphy and I were filming with handheld cameras in the attic, Pat turned and saw a black shadow figure, standing slightly behind me at my left shoulder, as if it was trying to see what was on the monitor screen of the camcorder.

We also had two psychics walk through the house and they had mixed results. One claimed the attic, where Pat saw the black shadow figure near me, was a "hot spot" the other claimed that a disused well, in the original cellar, is a portal, claiming, "things come and go through there". Both agreed that there are many spirits and many, many layers of history in this nearly 300 year old, New England house.