Ghost in the Machine

Ghosts of New England Research Society is often called upon to investigate business and manufacturing locations. Many of these investigations occur in industrial parks, which until a few years ago were thickly wooded forests or open fields with an occasional farm house, or much earlier, the home to tribes of Native Americans. 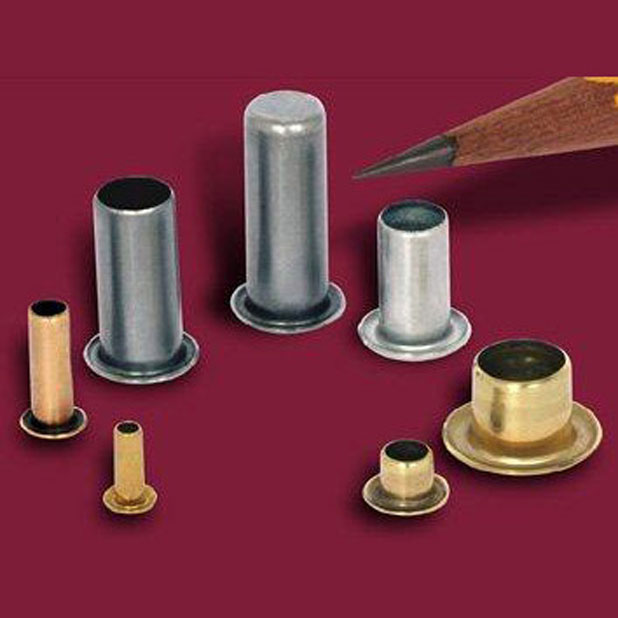 In 1979, the Semararo Brothers of Naugatuck, CT., were looking for a new location to house their growing manufacturing business. A new industrial park, deep in the heavily wooded hills of Naugatuck, CT., seemed to be the ideal location. As manufacturers of brass items, including grommets and light bulb bases, they needed a building with at least 10,000 square feet of space.

It wasn't long after opening that employees began to notice something peculiar about the new building. As they worked at their machines, they would often catch fleeting glimpses of people walking through the factory, people who were not employees and didn't belong there. When the employees looked for these strangers, they could not be found. Rumors began to circulate that the building was haunted and several employees threatened to quit if the owners didn't find out what was going on. The Semararo brothers laughed it off but privately, they confided with each other that they too, had been seeing things.

As the years went by, it became tacitly accepted that the machine shop had more than living occupants. Very often, Mike Semararo, one of the owner's sons, worked alone at night in the shop. He too, would see people walking in the factory when no one should have been there. He once even saw a friend who had died several years before. Occasionally, bits and pieces of conversations could be heard when all the machinery was turned off and no one else was around.

A few years ago, Mike's Uncle committed suicide with a pistol after learning that his wife of many years had been cheating on him. There seemed to be some question by the Police as to which gun the Uncle had actually used to kill himself. One pistol had gone missing and no one knew where it was. Several months later, Mike opened his Uncle's tool box and found the missing pistol. Although Mike had looked in the tool box several times previously, he had not seen the pistol and is sure it was not there. How it turned up in the toolbox is still a mystery.

One night, when Mike was working alone in the shop, he heard a noise behind him and turned quickly to see his Uncle, who had recently committed suicide, standing at the machine he had worked at. As Mike stared at him in disbelief, his Uncle faded away.

During an EVP session with the client, Karen asked, "Is there anyone here who used to work here?" First an older male voice was recorded, saying, "Anna, ANNA!" almost as if calling to someone named Anna. A few seconds later, an older sounding female voice responded, "Anna." We did not know at the time that the client's deceased Grandmother's name was Anna, or that she had worked in the company office at the machine shop.

While looking at a piece of machinery, Kurt Knapp recorded a male voice saying, "Get back!"

Tom Hummel, while monitoring the G.O.N.E.R.S. equipment, witnessed the full body apparition of a man run between a row of machinery in the direction of the team of Karen and Melanie. Unfortunately, it was one of the few areas out of range of the stationary cameras.

Pre-investigation research of the location revealed that a farmhouse had stood on the property until the late 1800's. Prior to that, the area and the exact location of the machine shop, was home to a branch of the Quinnipiac 1 Indian tribe, until the late 1600's.

We believe there is some connection to the land by the prior residents, the Native Americans and possibly even the famers who came after. The land itself seems to have some ability to allow those who lived before, to transcend time and space and appear to the living. Whether this is intentional or an effect of the land having been used for Native American rituals is unclear. In any case, there does seem to be an as yet unidentified portal, somewhere in the immediate area, which allows spirits and images from other times to pass through. So far, luckily, nothing negative has transcended the portal. There may have been spiritual "controls" placed on it by the Native Americans to limit access to anything evil or it may be that because the shop is a work space and while people are there, they are focused on the work in front of them and not the trials and tribulations of life outside of work. Because it is a workplace, there is not the range of extreme emotions that sometimes may be found in a residence, which can amplify paranormal activity. This theory is of course, all supposition but as a hypothesis, it would seem to fit with currently available facts.

Mike and the other workers have grown to accept the fact that there will probably always be some type of supernatural activity in the shop. As long as it stays as it stays harmless, they are fine with it. If it doesn't stay harmless, G.O.N.E.R.S. will return.